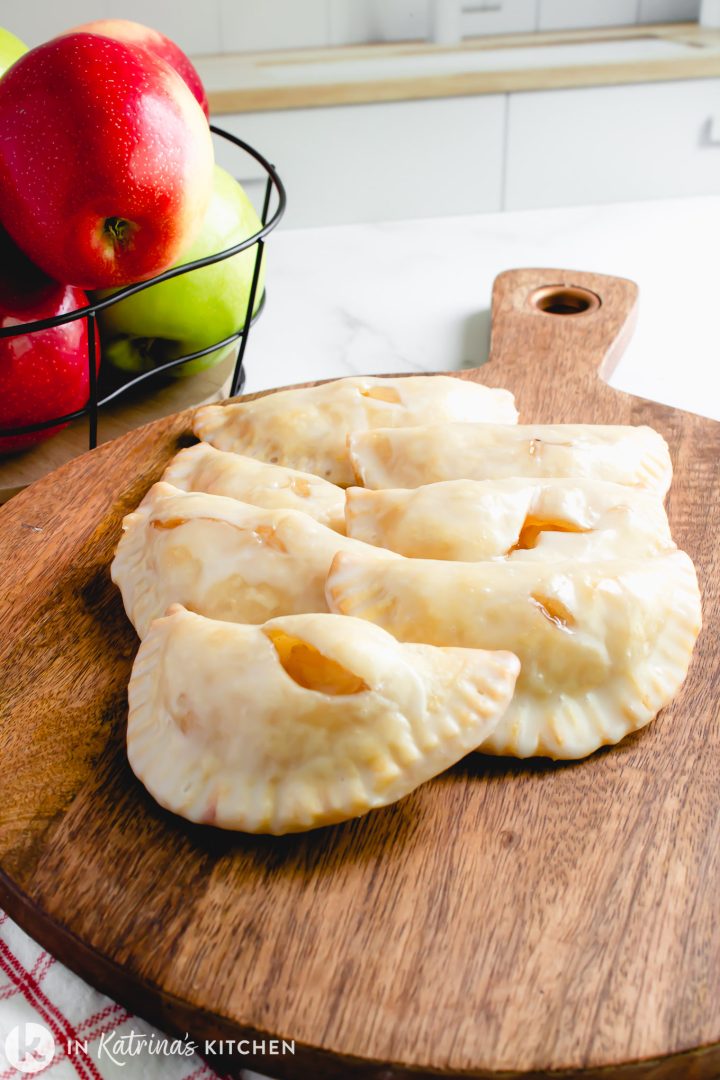 This is a sponsored recipe on behalf of the Ohio Poultry Association.

These hand pies are completely homemade from the all-butter pie crust to the warm, spiced apple pie filling, and the sweet powdered sugar glaze. You can of course use store-bought shortcuts in your own kitchen, but we suggest trying this recipe as printed with its simple ingredients. 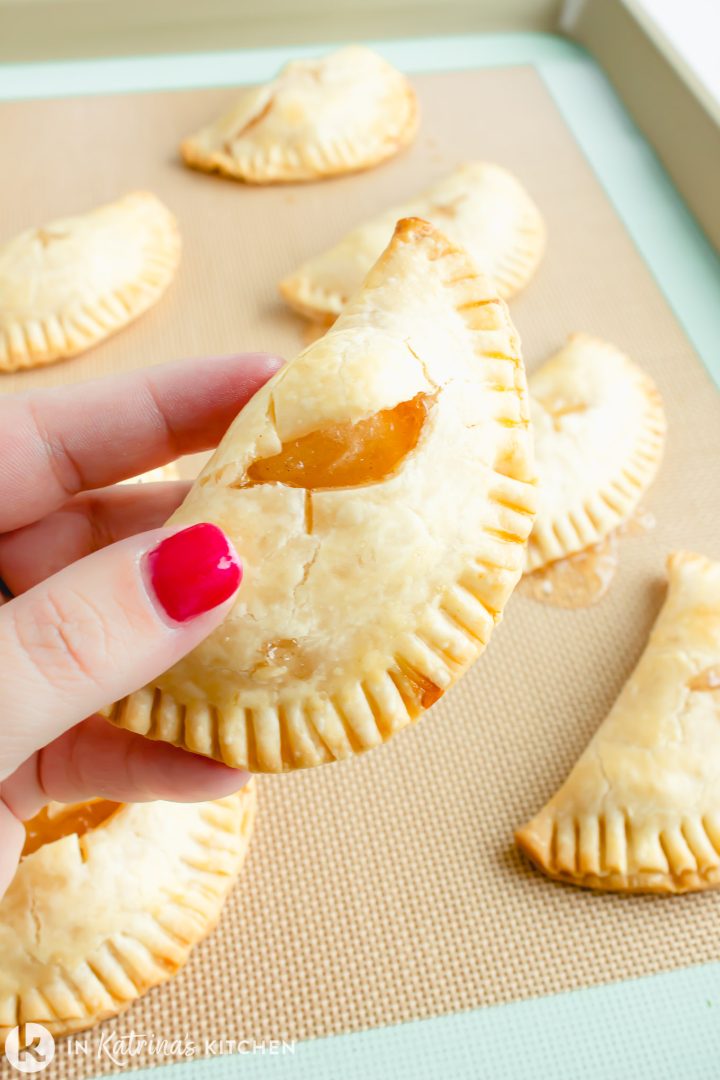 If you’re craving apple pie, you will want to try this handheld version. We have many Amish communities near us in Ohio, and these are lovingly referred to as “Fry Pies.” But the best part is that you don’t have to actually fry these apple hand pies to enjoy the fall flavors! Try oven-baking these apple cinnamon hand pies or even baking them up in your air fryer at home! 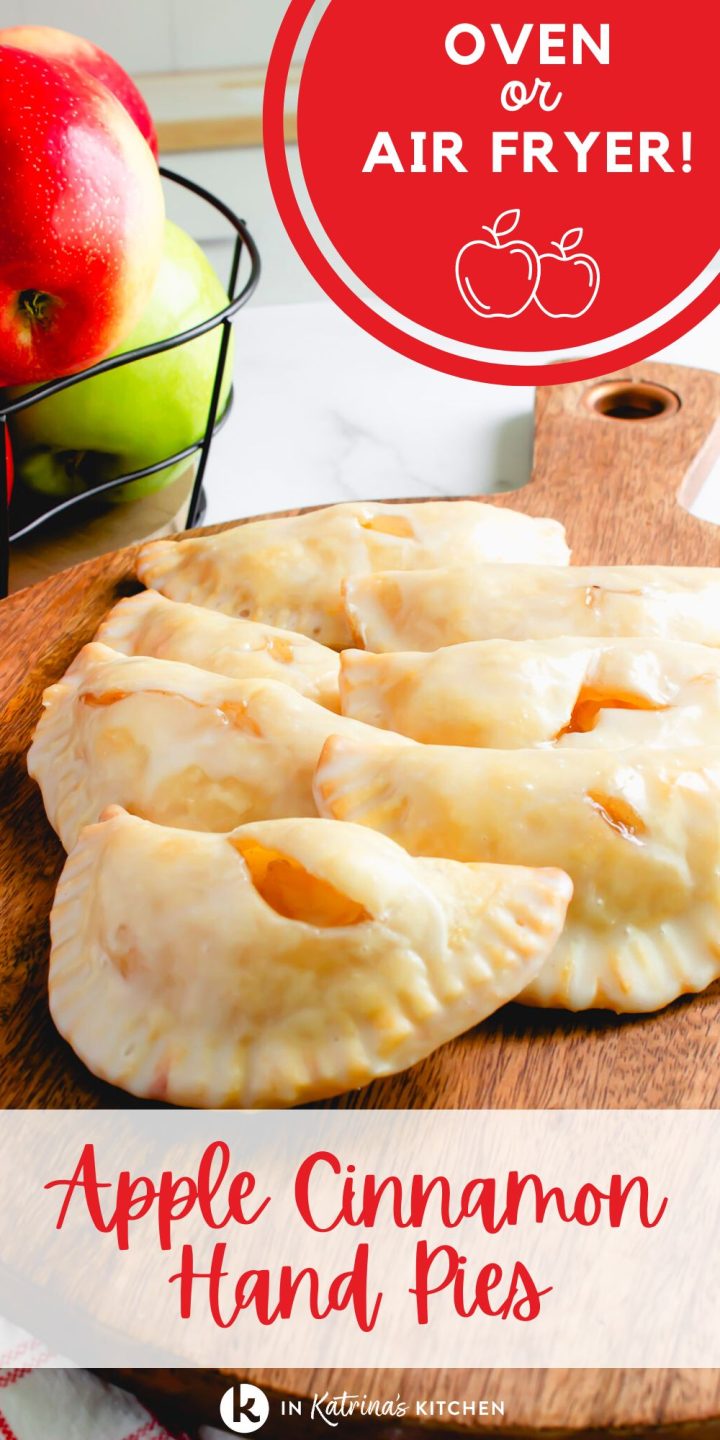 Whether you’re making an apple cake or pie, large eggs are the best to use! If you don’t have large eggs, use this conversation chart to see how to substitute different sizes.

Ohio produces 50 different varieties of apples and is one of the top apple producers in the United States. Popular types of apples found in Ohio include Golden Delicious, Red Delicious, McIntosh, Granny Smith, Honeycrisp, Gala, and Fuji, to name a few. 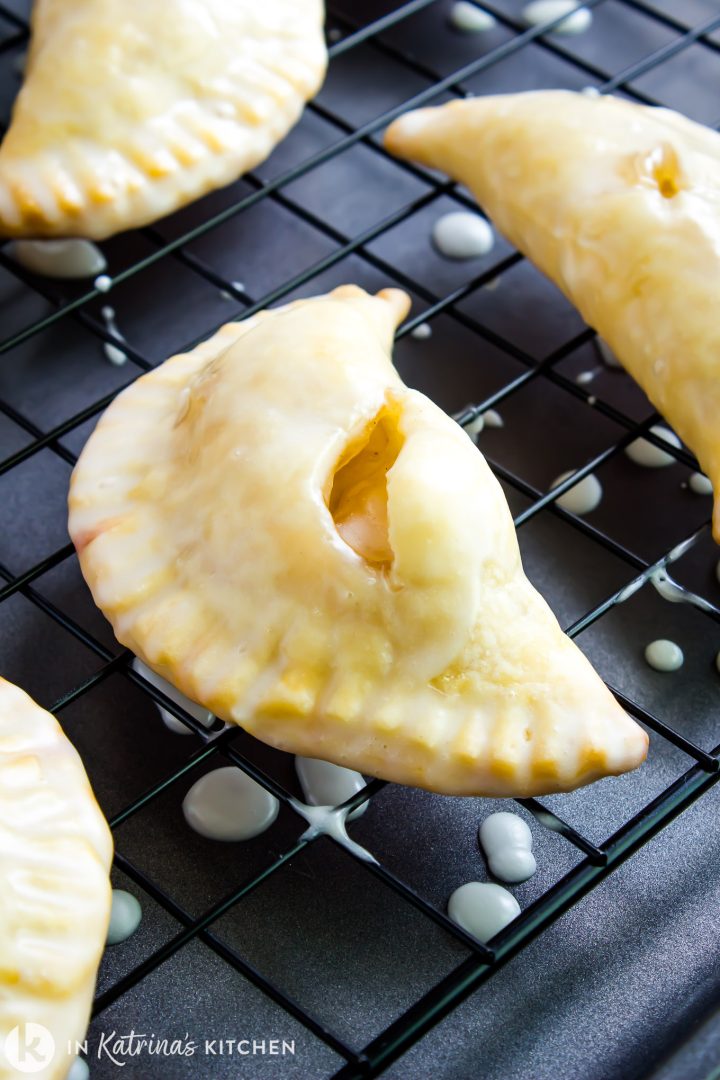 Dip the apple hand pies in a powdered sugar glaze as shown, or drizzle the glaze for a less sweet version.

Or you can leave the glaze off and sprinkle with coarse sugar before baking.

Serve with a caramel dipping sauce or sprinkle with powdered sugar right before serving. Any flavor you like with apples can be enjoyed! Maybe even a thin slice of cheddar cheese on top for the brave. Apple pie with sharp cheddar cheese is a FAVORITE in the Midwest.

These mini pies bake for 20 minutes in the oven. Or try them in your air fryer at 350 degrees F for 10-15 minutes until golden brown. 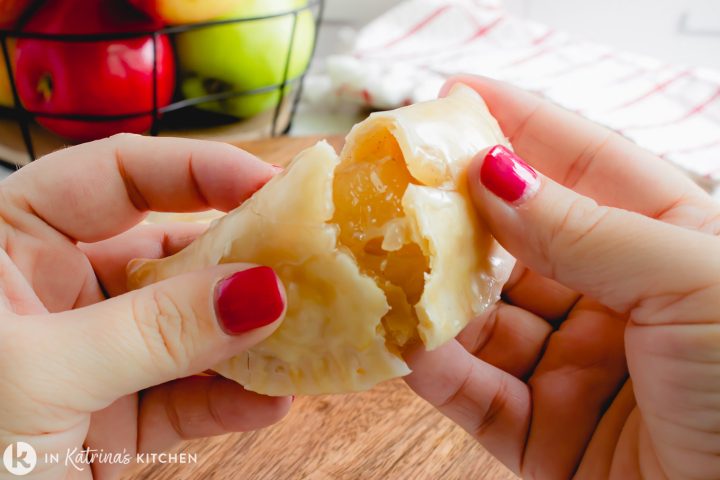 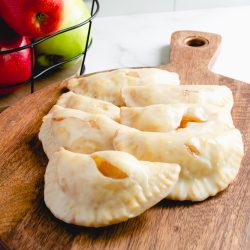 For the Pie Crust

For the Apple Cinnamon Pie Filling 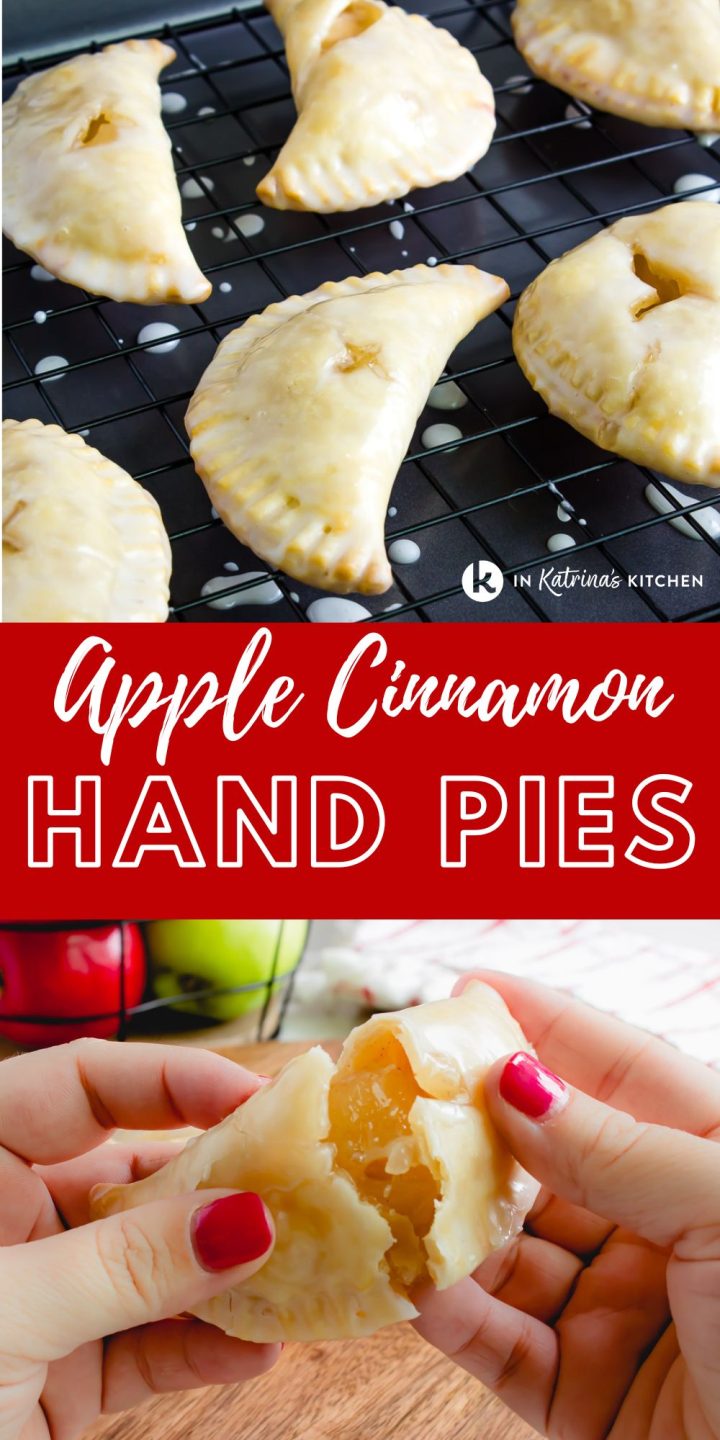 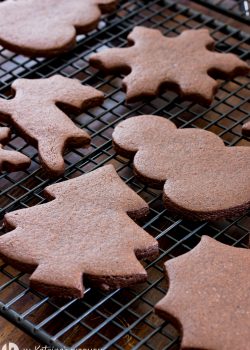 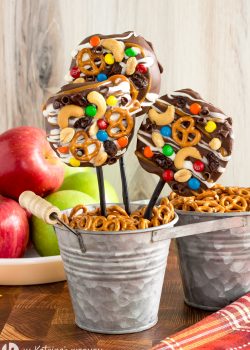 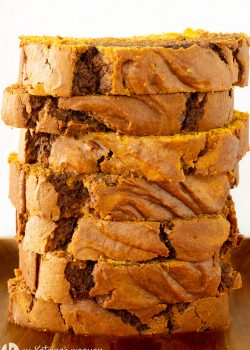